Identity design for a danish tango festival featuring the original argentine version of the tango.
The argentine tango is darker and more sturdy than the international ballroom version, and it flourished during the golden age of Argentina in the 1920's and 30's.
The illustration-style is retro in the typical modernistic style of the early 1900's and to give it a touch of film noir with the suit and the patterns on the clothes.
The passion of the tango is expressed through the two very close bodies.
The logo uses the spanish/argentine version of the exclamation mark as a strong and recognisable identity element. The two exclamition marks reversed right next to each other symbolises two bodies in close interaction. 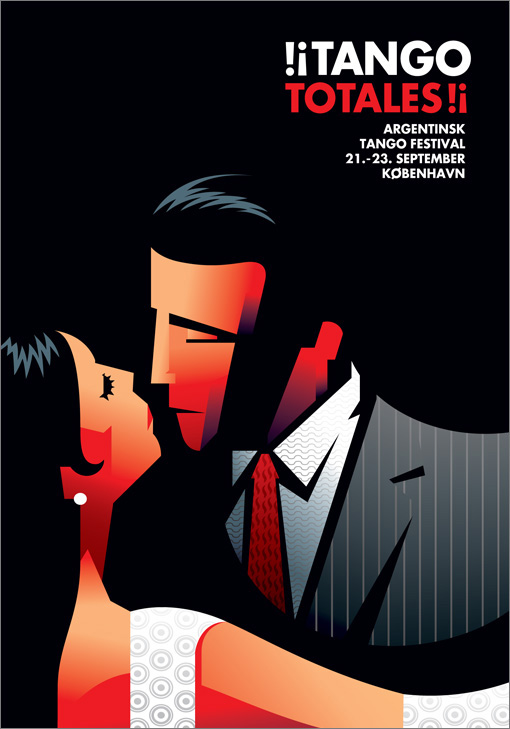