We designed the logo and visual identity for the Danish financial sectors debate tent at a political summer summit. The debate tent is a cooperation between the 3 big finacial organisations in Denmark.
The identity is based on the color blue which most people know as the color of the financial sector and banks. To underline the festival mood of the summer summit we used big broad stripes in a fresh summer blue color as the core identity element. The stripes are associated with old bathing houses and garden tents and taps rigvht into the indformal mood of the summer summit. Furthermore we twisted the blue color towards turqoise to bring it away from the super serious bank look. But we kept logo and typography in a deep dark blue color. The typeface used is Herman Zapf's Melior.
As an important part of the identity we designed and layouted an invitation and a program. The individual pages from the program was also used as posters in size B2 outside the tent to announce the daily events. 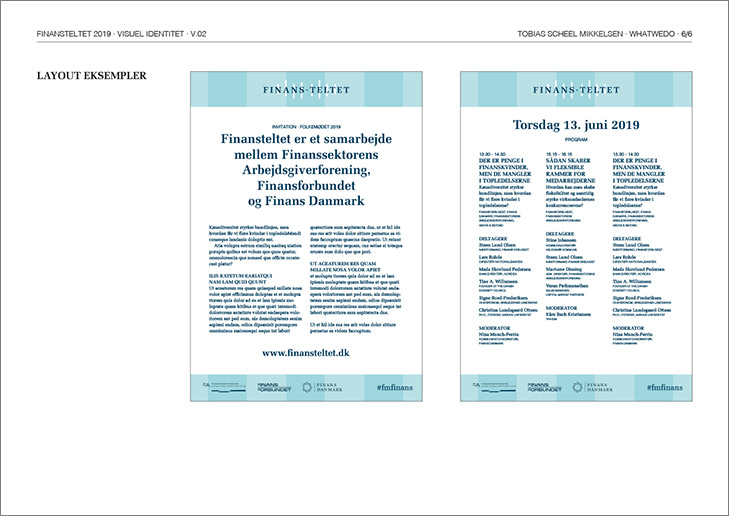 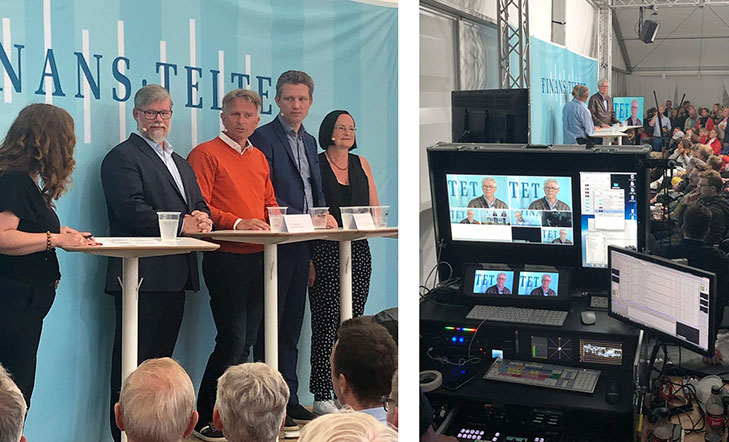