We just participated in an open competition about designing climate friendly pocketparks for the inner city of Copenhagen. Our proposal was 3 urban installations - a scooter, a car, and an excavator with green plants and flowers growing on them!
The competition was held by the municipality of Copenhagen on the behalf of the COP15 climate summit in December. All proposals is exhibited on Vartov at Rådhuspladsen in Copenhagen during the summit - the 5th to the 18th of December 2009.
Download the submission pdf to the left!

The written argumentation for the jury sounded like this: Mobile pocket parks - A spatial commentary on the climate debate! This temporary pocket park consists of a series of three different urban installations. A car, a scooter, and an excavator. They can stand together, be spread out to form a green urban line, or they can stand alone.
The installations are build of spraypainted metal sheets with a contemporary lasercut pattern. The perforated shells are partly covered by ivy plants. The flower boxes are filled with colourful flowers. At night they are illuminated by energyfriendly greencoloured LED lights. The installations can be used as seatings and will function as small green breaks from the city.
The delicate white pattern has visual references to the romantic garden with its white iron pavillions, espaliers, etc. The white pattern and the green plants make the installations aestetically pleasing, while the shape of the installations as the citys CO2 poluters leaves us with a quirky commentary to the current climate debate. The overgrowing with green plants of these poluters discreetly questions mans relation to nature and puts new meaning into words such as greenification, climate adaptation, and urban nature. 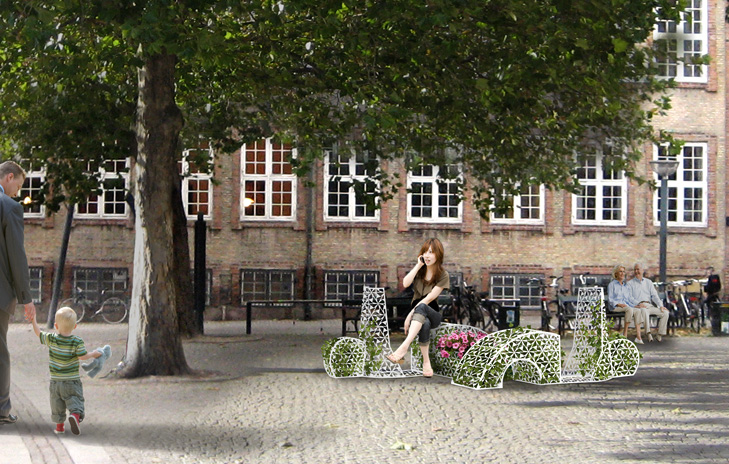 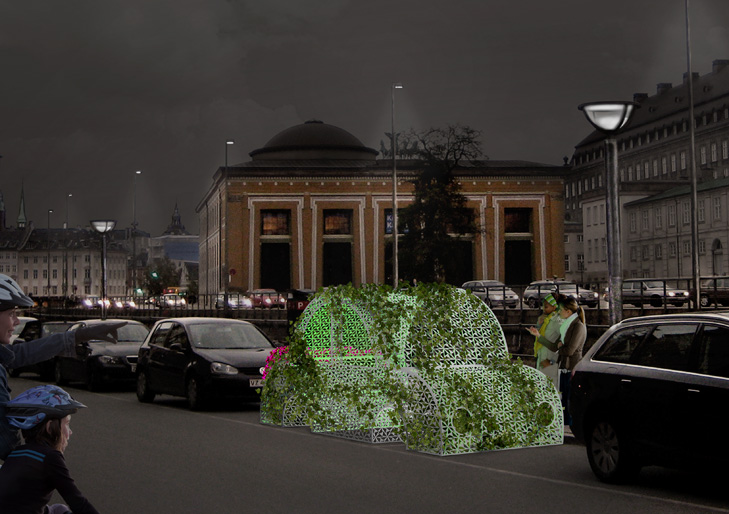 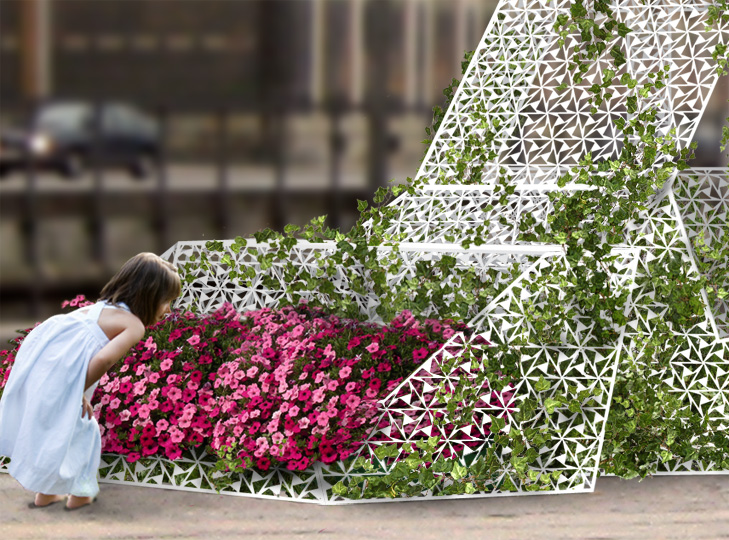 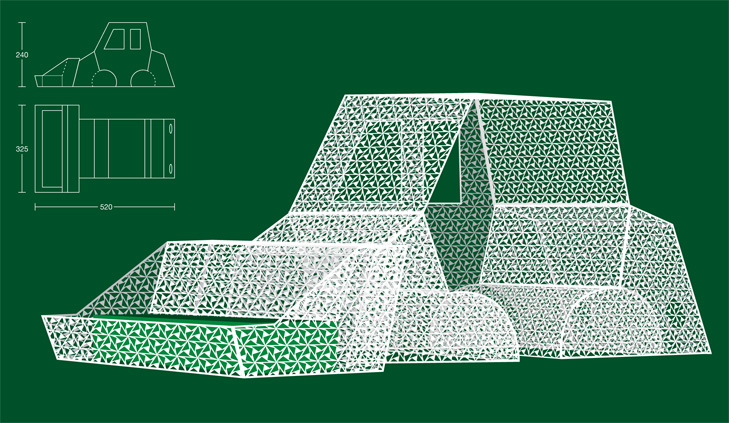 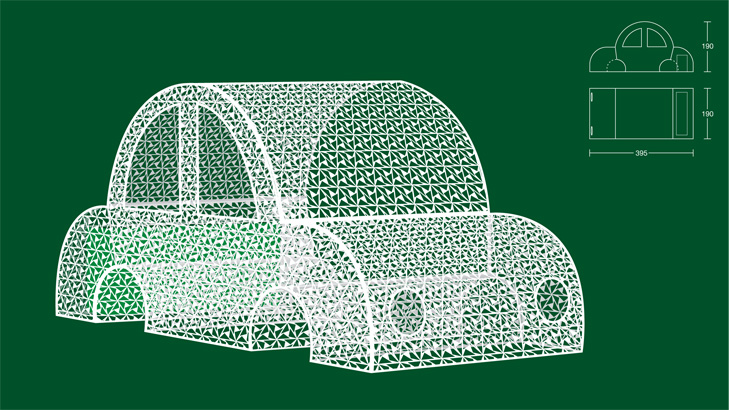