Why Is Display Advertising Such A Drag?

Adform asked us if we could make an animated movie in the same tone-of-voice as the cheeky and supercasual ones thats all over the net. And the answer was of course a big yeah! A superfun project from start to end.
Adforms marketing director Martin Stockfleth Larsen had a loose idea about portraying how annoying managing a display advertising campaign was before Adform. Martin outlined a normal user-case scenario for us and with their tagline - simple, relevant, rewarding - in mind we wrote the first draft for the voice-over.
After a couple of ping pongs with Martin and his team, the voice-over was pretty much good to go. The sketches of the characters and the storyboard pretty much made itself. The colors and look and feel of course matches Adforms visual identity.
The music and sound effects added the final touch - and after a lot of hard work and trial & error in After Effects - we had our first animated viral movie - what a blast! 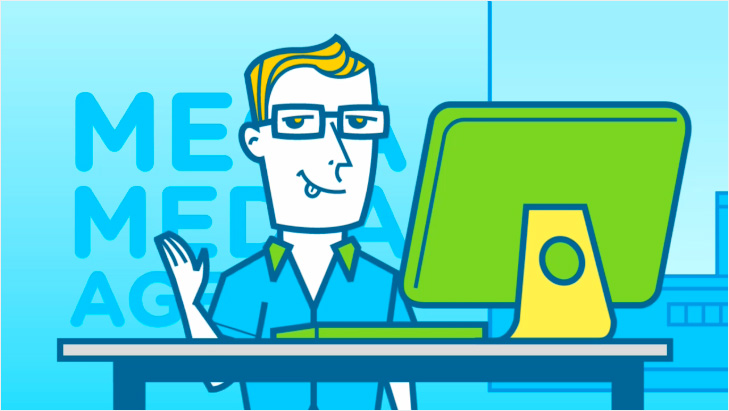