Execution of spatial identity for IT-company

February 2014 IT-company Platon moved into new surroundings at the Danish national stadium 'Parken'. We helped design and execute wall decorations in accordance with their visual identity.
One of the more exciting features was a custom made book case shaped as a speech bubble pointing towards a stylized depiction of the philosopher Plato. Plato's philosophies are the basis of the company Platon's business intelligence IT solutions. (Business Intelligence put short is the collection, systematisation and reporting of data.)
Another feature of the wall decorations are foil-cut quotations by the philosopher Platon which supports the foundation of Platon's IT solutions.
The inspiration for the floor-to-ceiling patterns comes from the world of computers and information technology: electronic diagrams, flow charts and column charts combined with buzz-words from the world of business intelligence. 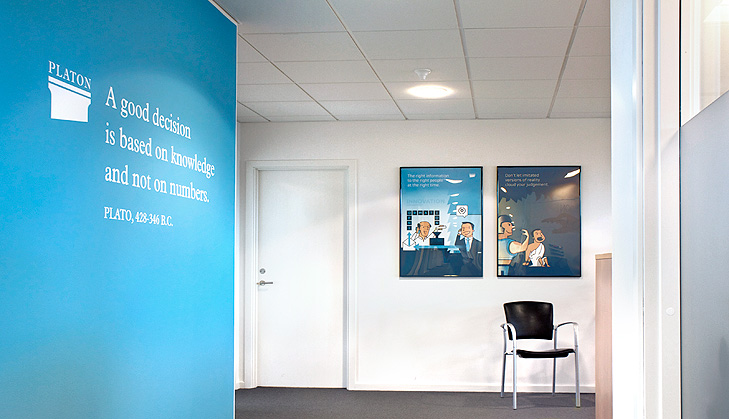 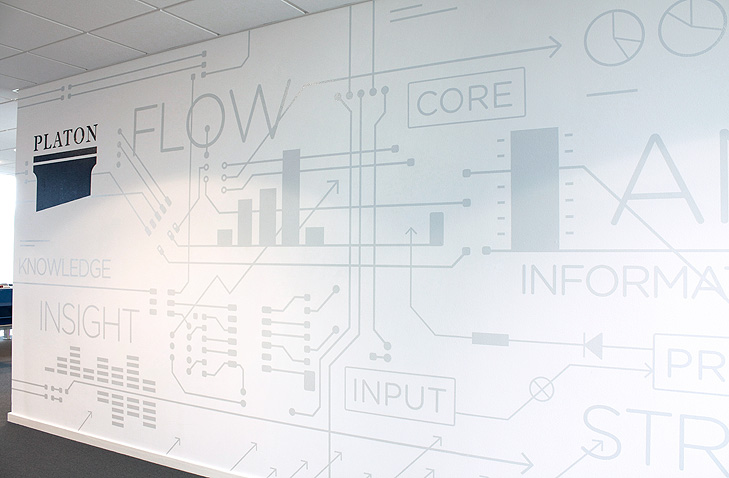 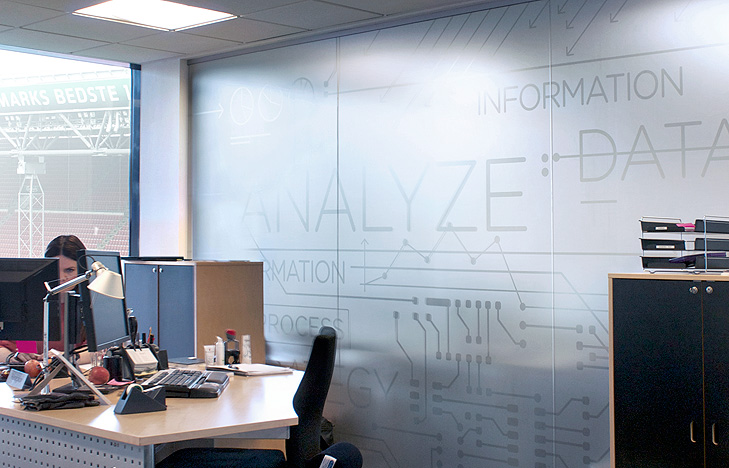