Logo and illustrations for Douglas Entertainment

We participated in the development of danish comedian Casper Christensens comedy portal - funnyhaha.dk. During march 2010 we delivered a proposal for illustrations and logo for the comedy portal.
The production company of Casper Christensen - Douglas Entertainment - had made some mood-boards with examples of illustration style and colors which they wanted to work with.
We boiled it all down to a fascinating mix of 'Mad Men', 'Monthy Python' and 'Bjørn Wiinblad'(danish illustrator) and topped it with some hip graphic elements whith circus references.
We also delivered a college-style version of the existing Douglas Entertainment owl logo - the subtitle of the comedy portal is 'The Douglas Comedy College'. The owl college badge is the only thing they kept throughout the development process - see: funnyhaha.dk 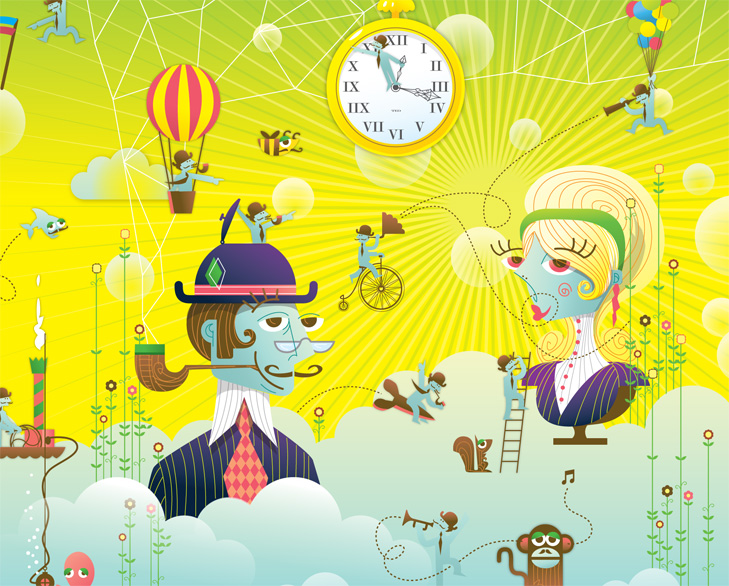