A cute little animated movie about the City Bee Association of Copenhagen. The story is short and precise and told with a glimpse in the eye.
The City Bee Association is a social economic enterprise who trains refugees to become bee keepers. They put out bees on the roofs of the city - and during the summer they harvest the honey and the bees pollinate the flowers which benefits the people of Copenhagen and the sponsors of the City Bee Association.
The voice over of the film is basically the 'elevator speach' of the Assciation, which we visualized with graphics and illustration that match the rest of the associations visual identity.
Read more about the good cause at Bybi's homepage 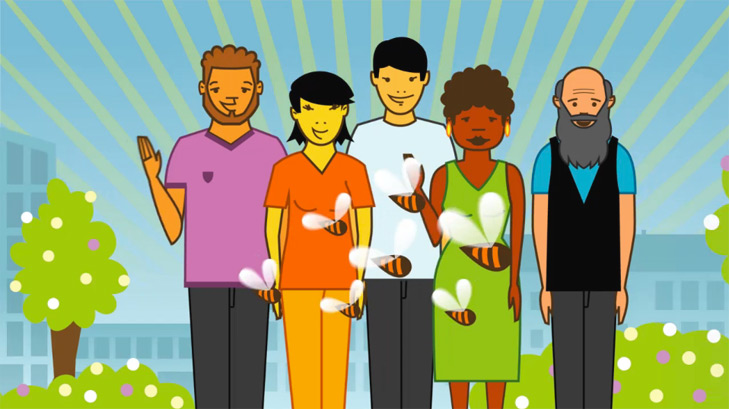